Show your Love for The Brick 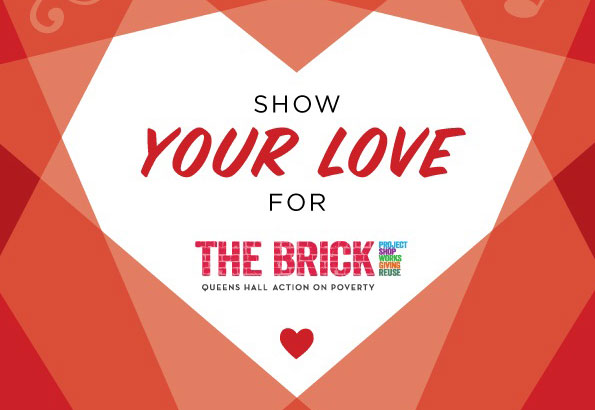 Show your Love for The Brick

A 60’s Wigan band, T’Others, are holding a special one-off concert to raise money for The Brick on Friday 15th February.

The ‘Show Your Love for The Brick’ concert is to be held at Aspull Royal British Legion in Wigan and is set to be an evening of music and dancing, with a meal of pasty and peas included.

Some members of the band attended The Brick’s Gala Fundraiser in October, where they pledged to raise £1,000 towards The Brick’s target to raise money for our current premises, The BrickWorks.

John Parker, Chair of Trustees at The Brick, said: ”We are delighted that T’Others are holding a special Valentines concert to not only show their love for The Brick but to also encourage others to do the same.

“Every penny raised really does count and will help towards our goal to raise money for the BrickWorks. The Brick Works is an integral part of our charity as its aim is to give clients of The Brick a sense of purpose, some structure to their day, and to offer them training and employability skills.

“The ‘Show Your Love for The Brick’ concert really is set to be a fantastic event that will help us to achieve our goal.”

The ‘Show your Love for The Brick’ concert starts at 7.30pm and ends at 11.00pm. Tickets cost £10 each and there are just 100 tickets available. You can purchase tickets from The BrickWorks on Hodson Street, Wigan.

It's your last chance to vote for The Brick so we can win £500 to help people in our local communities suffering from homelessness or poverty ❤You can vote online here buff.ly/3fn0bUh or instore 👍Thank you for your support! 😀👇#rebuildinglives #GreenTokenGiving📣NOMINATE THE BRICK!📣It's time to vote again to help us win some cash!We need your help to win some much-needed cash to help those in our community who are homeless or living in poverty.🙏 You can vote by visiting buff.ly/3fn0bUh and selecting Wigan from the drop-down box. Votes can be cast every 7 days. Alternatively, vote in your local Wigan store using the green tokens. It only takes a few seconds! 😀Thank you everyone for your ongoing support❤ #AsdaFoundation #GreenTokenGiving #communitysupport ... See MoreSee Less