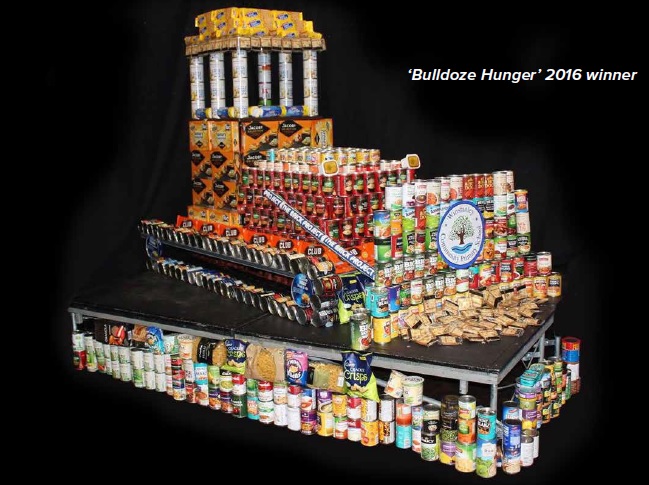 Schools and youth groups are being urged to take part in a Tin Sculpture Challenge – to help make sure no child in Wigan is going hungry this summer.

The Tin Sculpture Challenge is the brainchild of homeless charity – The Brick, Wigan Warriors and Houses for Homes, and aims to get people to be creative while also collecting tins of food to help feed hundreds of families throughout the school holidays.

Kathleen Pitt, CEO for The Brick, said: “It’s hard to believe that in Wigan today many children and families go hungry. We want to ensure that every child going to bed at night does not go to bed hungry.

“The Brick’s Food Bank historically suffers from a lack of food in the summer months and this is when the food is most needed. Children are not receiving school meals during school holidays and some families just don’t have the means to ensure that their children have three meals every day.

“This year, we are anticipating an even busier summer period, but we are confident that the Tin Sculpture Challenge will be even bigger and better.”

The challenge, which is in its third year, has seen tin can creations from bulldozers and robots to school emblems and business logos.

To enter the competition organisations need to come up with a design idea, collect tins, construct their sculpture and then send a photo of it into The Brick.

Entries can be submitted until 23 June, then there will be a public vote on The Brick’s Facebook page between 30 June  and 7 July. Prize winners will be notified the week of 10 July, and the tins that were used for the sculptures will be donated to families in the borough.

One youngster – Charlie Reeves, from St Patrick’s School, Wigan, has been collecting tins for months for The Brick and wants to encourage other school children to get involved.

The six-year-old added: “I want to help make sure that other children don’t go hungry, so I have been collecting tins and other foods from family and friends, I hope other people do too.”

For more information, to register or to send in your photo entry contact: giving@thebrick.org.uk and check out previous entries for inspiration at www.facebook.com/TheBrickWigan/ 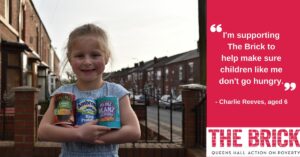 See the person not the problem #seeme ... See MoreSee Less